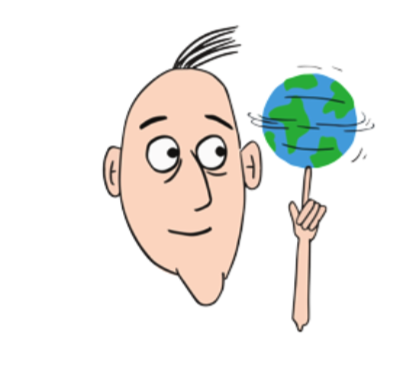 Every action we take and everything we experience influences how far and down the scale of existence and emotions we will go.

The scale is there to show everyone their quality of survival and the way their emotions fluctuates whenever the quality of existence rises or drops.

After examining people’s emotional state, whether acute or chronic you can then understand which point on the scale they are in.

A Brief Description of The Emotions Scale’s Stages

There may be many more stages on the Emotion Scale that give out a finer resolution but the following are the points that have more visibility on the Emotions Scale:

In this level, the individual is aware of themselves as an eternal spiritual entity. When you attain this state, you are bound to feel complete personal confidence which makes you see a lot of things as beneath you and under your control. The spiritual freedom that you get helps you to fully understand human existence because you’re now seeing things with a pure and unbiased mind.

In this state, after being a relaxed entity you are able to create your future and define your own goal. Because of the confidence you have in that particular environment, you’re spurred to make plans because you already have a projection of where you want to be. When you’re in this state, everything you do and think will be as a way of heading towards your dream.

A person whose emotions are prominently on this stage understands that life is a very complex and large game. He doesn’t live in self-pity, rather he studies and perfects the rules of the game. He makes a lot of wins but still has it at the back of his mind that there is a possibility of losing this game he thinks he knows so well. What he does to make the journey interesting is to create games for himself and for the people that he finds around him and this helps him to demonstrate leadership skills.

This stage is characterized by beauty and perfection and describes the mind of those who strive for it. The people who are at this stage are the artists and creative people who spend a greater part of their life contributing to the environment and providing long term value.

An enthusiastic person is one who has a lot of energy and is very active. Such a person makes sure every task is undergone with confidence and joy. A person whose existence falls in this level is usually successful in their tasks and even if they are faced with failure occasionally, it does not have a long-lasting effect on him.

At this stage, a person is curious. There is enough motivation to do things that will bring knowledge. The goal is to learn, explore and do things that have not been done before.

This is a low level of emotion. People in this stage are averse to change and only seek to preserve the things that are already in existence. Change is not a very welcome idea to them. As we head downwards on the scale beginning from this point, there is anxiety concerning the dangers that life poses.

Life loses flavor. There is a reduced interest in life and all it has to offer. A person at this stage sees his goal as dull and stagnant. He doesn’t make any effort to move and has lost the ambition to improve.

As earlier said, the emotions become more unpleasant as the scale goes down and the person has a negative attitude to life. All he does at this point is to spend his energy to defend himself from the environment and in some ages, attacks it. The only thing he recognizes in life is danger and he thinks most people are harmful. He is not totally detached from the shackles of past trauma no matter how severe and they cloud his present judgment and dims his thoughts.

Anger and aggression is the only emotion reigning here. He feels the world threatens him. When a person is in this stage, it is different from the occasional anger bouts that happen to us all when our progress is stopped by an external force or something threatens our survival. A person that is always in Anger is in a cage of suffering that resulted from being involved in past trauma. Do your best to keep away from such people because they can be harmful and destructive.

The scale of emotions helps us find explanations for actions. The lower down the scale, the negative. More will be discussed in the next part of this topic.