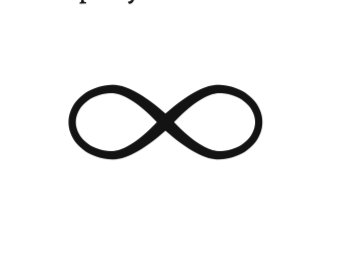 Man fluctuates and is not stable in the Scale of Existence and Emotions throughout his life. However, we all have that fixed, long term point on the scale where we remain for a greater percentage of our time. When a person’s survival is sound and remains high on the scale, he might sink on the scale if he suffers a failure or goes through a hard time or is disappointed. However, it will be temporary and soon enough he will return back to his permanent place on his scale.

According to society, we should all be well behaved, look smiling and be successful. Many people usually fake a high place on the scale just for them to be accepted by others and for people to be interested in them. You can find them doing things like excessive drinking, drug abuse to show that they are so happy and people should mingle with them. The social facade that put up is so fragile. Because it is fake, people like that are always breaking down and plunging back into depression or despair which is supposed to be their chronic place on the scale.

How person goes up and down the Emotion Scale

Peter, a devoted swimmer who also plays volleyball fairly well was badly injured in an accident. He is in the hospital, unconscious, catatonic close to death and a little above 0.0.

He doesn’t even know of his situation. His mind is not clear and filled with painkillers and the pain of the broken limbs. This means that Peter is in the Apathy stage, 0.2 on the Emotions Scale.  If his situation increases a little. He might realise that he can not do the things he used to do like playing volleyball or swimming in his favourite pool and he has just experienced a loss of the things that have given his life pleasure. Peter will pity himself and experience Grief -0.5.

Because of the tender care he gets in the hospital, his situation becomes a little bit better and he starts to think about what will happen to his future. How will he be able to keep his job as a manager for a large contracting company? Will he be able to find a partner with these facial scars? How will he fix his health? Will his friends keep inviting him to outings and trips? His whole being is clouded by anxiety and he is at Fear -1.0.

He keeps on making about his bitter fate. The thoughts of the driver who had knocked him down cross his mind and he thinks of how to seek revenge for what he has caused him. Because it is forbidden to revenge, Peter will spend his time fantasizing on what he’d do to punish the driver without anybody knowing. He observes the staff caring for him and wonders how he can get more sympathy from the fine nurse. He acts like he’s a walking custodian of the manual 1.1, Covert Hostility.

If he suffers pain spasms and his worries get to his head, he’d, first of all, get angry and throw loud curses at the engineer who had put in a sharp curve on the road. Peter’s mother who may have been crying, stroking his head and mumbling certain words of comfort will also irritate him. When a man is in Anger, it is even possible to transfer his aggression to a person who doesn’t deserve it. His situation will get better, his life has left the danger zone but he’s still angry at 1.5 because fate has hit him hard and steady.

As he gets better, Peter will ascend to Open Hostility – 2.0. He will start complaining, whimpering, fussing and seeking urgent attention. He will make plans to leave the hospital and exchange words with the doctors telling them how they are supposed to treat him. He keeps disturbing the medical team and when they are no longer connecting him to any device, they ask him to go home. Peter goes home, sitting in a wheelchair while his leg remains in cast and he does nothing except watch TV all day. His life is now as boring as he had never imagined.

Maybe a week later, he is startled by a surprise phone call. Nurse Stella is calling, the one who had been very nice to him when he was at the hospital asking how his health is faring. A perfect example of Florence Nightingale. He is satisfied, Content – 3.0, he begins to think she likes him.

Well, there is a chance for him to get back into normal life. She is showing interest in him and he is keen to know her too. At this point, they are both at Strong Interest, 3.5.

Whenever she comes to visit him, they both rise to Enthusiasm, 4.0.

Then Peter asks Stella who the legendary Florence Nightingale is and she gives him her smartphone and study on Wikipedia about the English nurse who cared for British Soldiers and was devoted to then during the Crimean War.

They both begin to discuss future plans and other necessary things. They start to believe that if they are able to finish the guide and the processes it offers diligently, they might even feel that following the guide will help them reach 40.0, the state of the serenity of being.

It should not be a surprising thing to learn that a person’s position on the Scale of existence influences his performance in all the areas of his life. Earlier we had detailed the Emotions Scale and how a person’s emotions as he goes through life makes him to either go up or down. It depends on his temperament, the situations he has passed and his mental resilience. What this guide does is to help project your mind to a high and stable point on the Scale. You will eventually feel better but you still then found out that setbacks and painful incidents may make you go down temporarily on the Emotions Scale has only a short time erect on you and you’ll get over it rapidly and get back to your permanent high level on that scale.

The Reacts and Acts of Survival

Emotions Scale and our affinity towards others explained